As soon as I saw this shot in today's Gazette , I thought I would share it here for us. 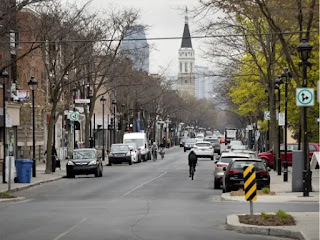 A nice and quick visit to Verdun,.........hope it prompts some good old memories from it.

Transit days of the past (before social distancing).lol

Freakout "that's it" Freakout the new response to a world threat

I believe we are witnessing another global robbery,with the new pandemic threat, We haven't witnessed financial commitments from world leaders /country's since 2008
but we are all certain now that it is a flu that is prompting financial commitments from every country you can think of.  Where is the Money Really Going
I am not making light of the virus ,but rarely do you see governments move in 'lockstep' within weeks  ..........is it real ? time will tell,but a lot of Money is being moved around quite easily .Billion Dollar business's stop, Transportation stops, Ships ,Planes ,and personal investment portfolio's etc etc   ..and we all start to believe the media hype,,,,,,,,,,,,is it real ,maybe somewhat,but follow the money and when it is over ( or when we are told it is over) then we all return to normal. We should fact check the overall actions of governments,   for people with compromised health or immune systems then by all means keep yourself safe (as you should at anytime). We all have family & friends being affected by this,not to mention everyday lifestyles.
but folks you don't need 6 months worth of TP.............

Put on your Cote de Neige, and cut off your PieIX -Ralph Lockwood dies @ 80


Ralph “Birdman” Lockwood, the legendary zany morning man of 1970s Montreal radio, died Sunday. He was 80 years old.
His death, in York, Pa., was confirmed by CJAD host Andrew Carter on Facebook.
“Lockwood’s constituency never included listeners who liked to be eased out of bed by a radio morning show,” Montreal Gazette columnist Mike Boone once wrote of him. “But if you were the type who enjoyed being plunged into the day by high-voltage, crack-a-minute radio, the Birdman was in a class by himself.”

Lockwood was born in Hazleton, Pa., where he got his start in the business hosting a nightly polka show in the early 1960s.
He made his Montreal radio debut in 1968 at CFOX, but left in 1971 and landed a job on a morning show in West Palm Beach, Fla.

Story continues below
Returning to Montreal in 1972, Lockwood quickly became one of the city’s top morning hosts at CKGM.

A fast-talking, cigar-smoking wisecracker, his taglines caught on with Montrealers. How’s your bird? How’s your old oiseau? That’s what she said at the Bell Canada picnic. Don’t forget to put on your Côte des Neiges.
Lockwood voiced his own fictional sidekicks — Professor Frydock, Dorion Smith and a caricature of Mad Dog Vachon.
An early morning institution, he had a penchant for corny one-liners and double entendres — and doing his show shirtless. One morning, he played Rainbow Connection by Kermit the Frog over and over, claiming he had locked himself in the studio.
Lockwood was also known for his quirky television commercials — he donned a barrel for a Dorion Suits ad, andfor the Bar-B-Barn restaurant, he devoured succulent chicken and ribs for 30 seconds without uttering a word.

He left CKGM in 1981, but remained a Montreal media mainstay.
He became CFCF radio’s afternoon show host before moving to TV as host of a daily morning show on CFCF-TV. For a time, he was also the the play-by-play caller on the Montreal Concordes’ CJAD football broadcasts, and host of a weekly football highlights show on CFCF TV.

In 1985, CKGM, hoping to revive its flagging morning show, hired Lockwood for five years at a six-figure salary. But the effort failed and Lockwood was fired in 1987.
A year later, Lockwood returned to the United States to host the morning show on WSBA, a station in York, Pa., not far from his hometown. He worked there for 11 years, going on to do radio consulting and public relations.
In a 2002 interview with the Montreal Gazette, Lockwood said: “I miss radio like crazy — except when I listen to where it’s going, with all the bitching and complaining. I saw it as a nice vehicle for entertaining people. I made it like a bubble. It was my escape. And, geez, I miss the Bar-B-Barn.”
Lockwood’s wife, Lois Lockwood, died in 2008.

Wow, can you believe we are entering the year 2020 make it your best year yet,appreciate your family & friends and things you like,and good health to all who surf by here.We've come a long way since our childhood days in Verdun...Cheers ! Have Fun and Remember Verdun  , LesF

Christmas Past (Remember when)

Merry Christmas to all who surf by,here's an old memory of Eaton's Toyville Train 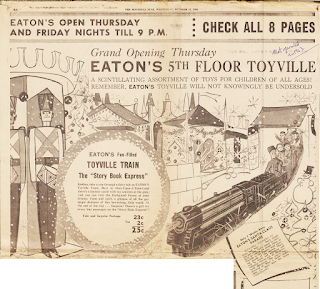 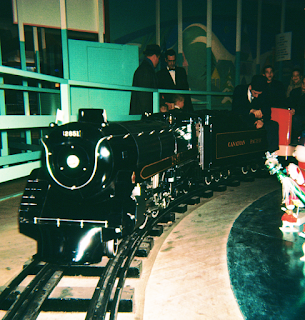 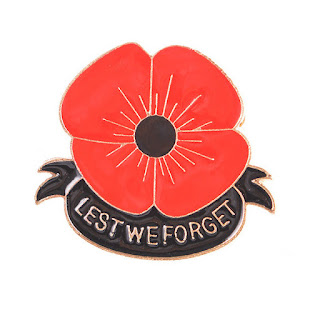